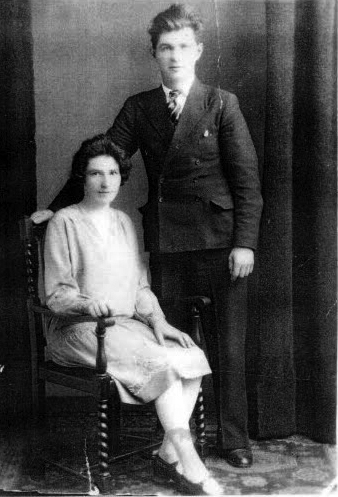 Andrew Sheehy with his wife Josephine

Andrew Sheehy was the man responsible for bringing the Comhaltas organisation to Kerry. This is not a matter for debate. He was, however, ably assisted by his great friend Dr Mick Sweeney of Ballyduff. At the Castle Arms Bar, which he owned, he was always at hand to join in a session and he made his premises available at all times to groups and he would join them in providing music of a high standard. He was a very good fiddle player and this was no surprise as he was descended from a long line of musicians. He was always joined by his son Colman, the talented Johnny Sweeney on accordion and another fiddle player Michael O’Halloran.

Ballyheigue had the advantage of being an important seaside resort which attracted thousands of visitors during the tourist season and many of these would be musicians, singers and dancers and they usually paid a visit to The Castle to join Andrew and other musicians. Performers from Ardfert, Ballyduff, Causeway and Lixnaw would appear there from time to time. It is well to remember that music was not heard in most bars with few exceptions at that time. His love of our music and the support he knew he could be assured of, encouraged him to contact Comhaltas headquarters with a view to forming a branch; this contact led to the formation of the first branch of Comhaltas in North Kerry. Initially, an ad hoc County Board was formed and its purpose was to organise branches throughout the county, Andrew was elected chairman. This decision was made at a meeting called by Andrew at the Castle Arms on December 21st 1959 at which the following people were present and of course included a number of musicians. Present were: Frank Doyle, John M Regan, Jerry Shanahan, Edmund Hussey, John Stack, Paddy Supple, Johnny Sweeney and Michael Leen, Ballyheigue; Dr Michael Sweeney, Jimmy Guerin, Pat Browne and Liam Power, Ballyduff; Diarmuid O’Cathain and Pat Keane, Lixnaw; Seamus Hussey, Causeway. Other members of the ad hoc committee elected on that night included Diarmuid O’Cathain as Runai, Dr Michael Sweeney as Treasurer and Jimmy Guerin as PRO. Membership fees were collected on the night; the fee at that time was half a crown or about 16c in today’s terms. Some great music was played on the night. Deep sadness was felt all over Kerry and beyond when Andrew died shortly afterwards. Andrew was chairman of the Munster Council of Comhaltas at that time (James O Connor was elected to the same position from 1985 – 1990). The fact that the movement which Andrew Sheehy promoted grew from strength to strength is a source of much satisfaction to his family and many friends. His memory lives on. 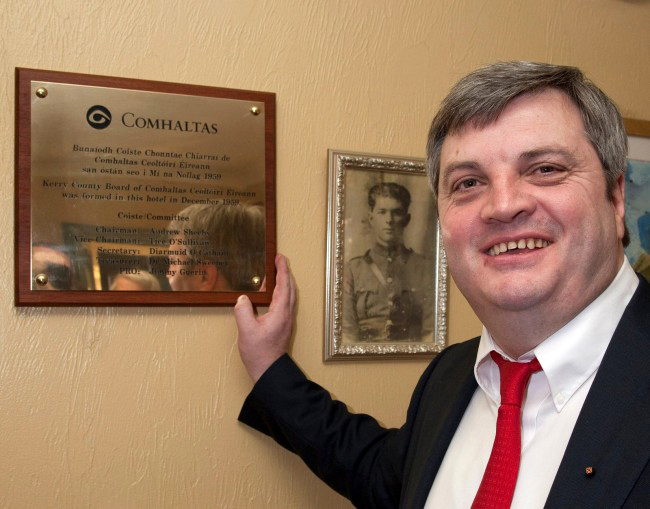