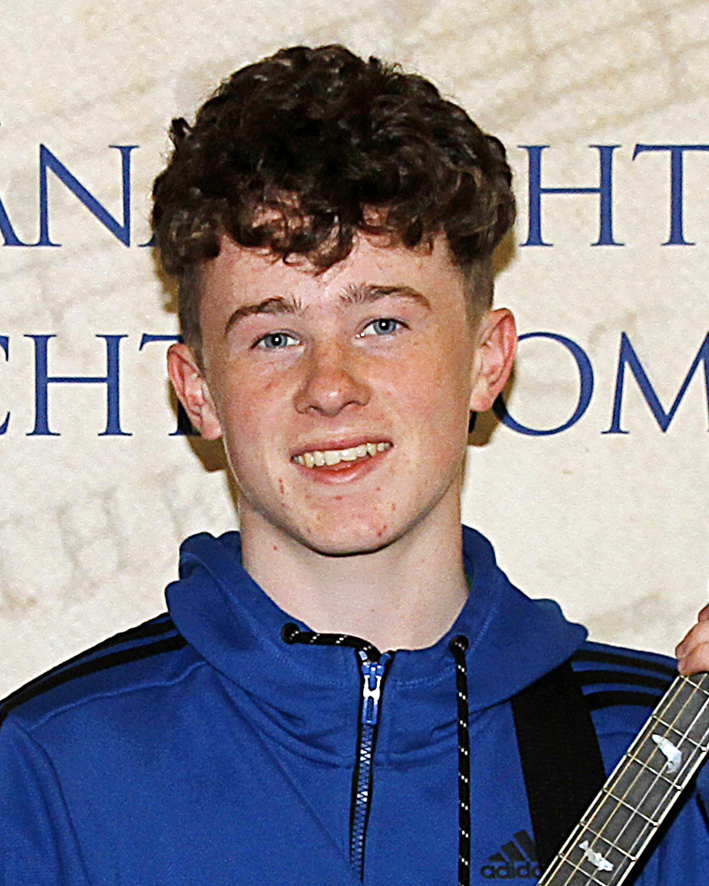 My name is Darragh Mackessy and I am 19 years old. I am currently studying at the University of Limerick. I started playing music with Ballydonoghue CCE when I was 8 years old. My interest in Irish music came from my grandad who played the accordion. My two brothers both play the accordion but the first instrument I started off with was the guitar with John Nolan on a Friday night. John and I would play and sing songs together as the class was usually the two of us. I quickly realised I was a terrible singer and turned my interest to the banjo when I was nine years old. This is where I met Katie McNamara who showed me the scale of the banjo and how to play it. I was playing in classes with people my age who played different instruments such as the fiddle, concertina, and flute. Killian O’Carroll and Danielle O’Riordan also helped me learn the banjo and improved me as a player. They introduced me to the Mandolin which I also enjoy playing as it is similar to the banjo.

I am also extremely interested in football and hurling and play football with Finuge. With the GAA, the Scor competition genuinely interested me as it incorporated my club and music. In 2015, I was fortunate enough to be involved in a music group which won the All Ireland music Scor competition which was held in the Citywest hotel in Dublin. My brother Neilus also played in this group. Louise Bunyan worked extremely hard with us for months to help us win this competition.

I am now currently teaching the banjo with Ballydonoghue CCE on a Friday night in Lisselton to help create the new generation of banjo players which I really enjoy doing. During Covid-19 though, I have switched my music classes to online on zoom.