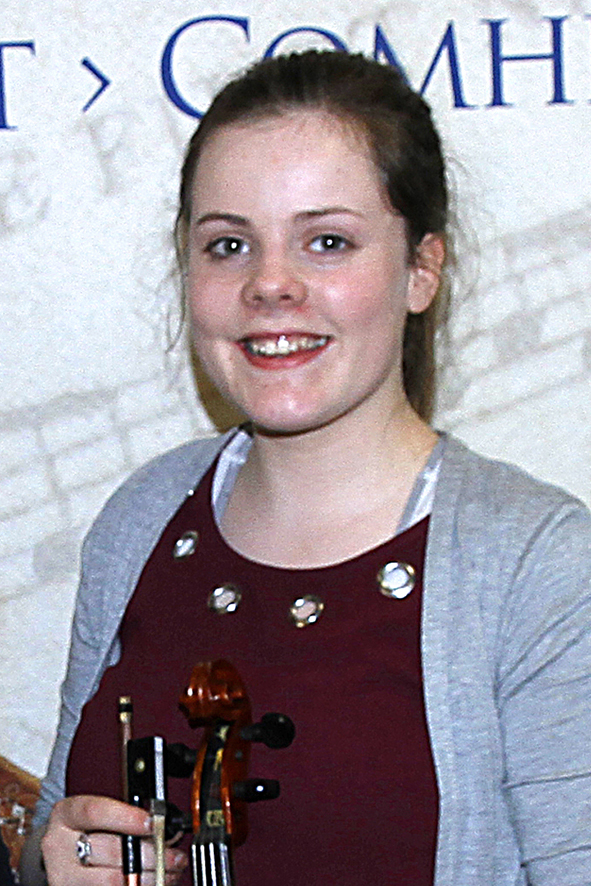 Traditional music, song and dance have been a huge part of my life from a very young age. I started learning music and more specifically the Tin Whistle from Maura Walsh in Lixnaw at the age of 4 and then I got my first fiddle for my 5th birthday from my parents. Shortly after that, I joined Lixnaw Comhaltas where I attended dancing and music classes along with drama with Moira Galvin in the Ceolann in Lixnaw for many years. I later went on to teach my own music classes there with the branch.

Dancing was also a major part of my childhood, where I was involved in Irish, Set and Sean-Nós dancing. I started Irish dancing with Bridget Dennehy in the Ceolann. I competed in many different competitions including the annual Causeway Feis and the Feis at the annual Féile Feabhra and Féile Cheoil in Lixanw. In later years, I became a member of Rinceoirí na Ríochta under the stewardship of Jimmy Smith. This led me to compete in Feis’ all around Ireland. At the age of 6, I progressed onto Set Dancing in primary school with John Stack. I liked Set Dancing so much that I started going to the local Set Dancing classes that were held in the Ceolann where John Stack was also the teacher. I remember becoming the first girl ever to win ‘Best Female Performer of the Night’ in the Feis’ that John held. Those were the good days. Later, at the age of 15 I took up Sean-Nós dancing with Kate Townsend, where she helped me achieve a lot. I got 3rd place at the All Ireland Fleadh Cheoil in Sean-Nós dancing and I also qualified for the televised final in the Oireachtas na Samhna for Sean-Nós dancing.

I became a member of Siamsa Tíre at the age of 7 where I attended dancing, singing and drama classes along with music classes. The music classes were particularly my favourite as our tutor was Nicky McAuliffe. Nicky made learning music enjoyable and was a book of knowledge when it came to the fiddle. I remember this one time I came in with false nails and I can explicitly remember him telling me to take them off straight away or ‘I will have to bring in the chainsaw next week to chop them off’—His words, not mine. I continue to work with Siamsa Tíre as a member of the Community Cast where I sing, dance and act in shows from May to September every year.

My love for singing arose from being involved with Siamsa. I attended a few singing lessons with Karen Trench in Listowel where I learned some lovely traditional songs. At the later age of 16, I took up Sean-Nós singing with Joe Creedon where he taught me some more lovely Sean-Nós songs. My singing career never took off but I always have some lovely songs in both Irish and English to sing around the house.

In recent years, I have earned a spot on the Kerry Comhaltas committee as ‘Treoirí na Gaeilge’, where I promote the Irish language in any way I can. I also teach music with CCÉ Craobh an Ághasaigh where it’s my goal to promote culture. I have also co-organised a Summer Camp ‘as Gaeilge’ in conjunction with CCÉ Craobh an Ághasaigh which aimed to show children that there is a fun side to music, song and dance. I am also a member of the ‘National Folk Orchestra of Ireland’ which is run by Comhaltas in which I play the fiddle.