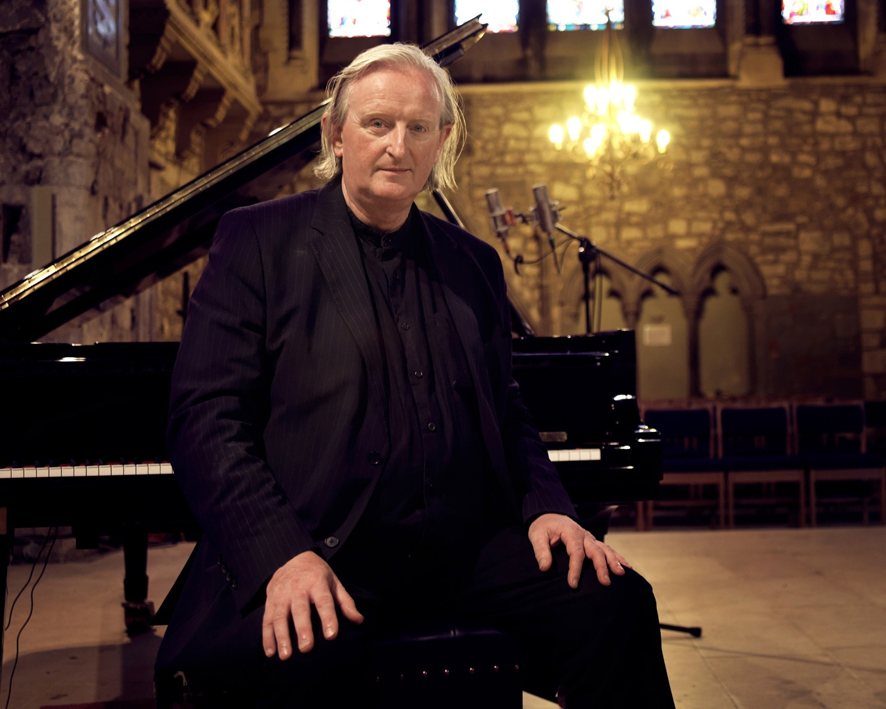 Mícheal Ó Súilleabháin 1950 – 2018
By Owen O’Shea
One of the finest traditional Irish musicians, composers and performers departed this world on 7 November 2018. To say that Professor Mícheál Ó Súilleabháin leaves an incredible and enduring musical legacy doesn’t do justice to the impact that he made on Irish culture and particularly traditional music.
Ó Súilleabháin was a feature of festivals in Milltown for a number of years. When Milltown-Listry Comhaltas was conceiving and preparing the inaugural World Bodhrán Championships in 2006, an approach was made to one of the finest bodhrán players and percussionists the country has ever produced, Mel Mercier, of University College Cork, a son of Peadar Mercier of The Chieftains fame.
Mel was hugely enthusiastic about the concept of a festival which celebrated and showcased the ancient Irish drum. He suggested that we also approach Mícheál Ó Súilleabháin and we spoke with him at an event in Killarney. Ó Súilleabháin was incredibly warm and generous with his time and was greatly encouraging of the new venture.
And so was born a concert performance which Mícheál and Mel – or ‘Mick and Mel’ as he called it. Their performance was the curtain-raiser for the inaugural bodhrán festival in Milltown in June 2006. The unusual but hugely successful combination of piano with bodhrán and bones was a fitting opener to the event and raised the roof in the Muintir na Tíre Hall before a packed audience. That musical fusion was typical of many of the experimental and innovative arrangements which Ó Súilleabháin became renowned for.
Always anxious to immerse himself in any festival he performed at, Micheál joined Mel for a drink in local hostelries after the concert to listen to some of the local musicians playing. In an act which was typical of his generosity, he presented a young boy in a guesthouse in which he was staying with a ukulele as a token of his appreciation.
Mícheál also hosted a lecture on the history of the bodhrán which drew a large attendance. An effort to source a machine which would play old spools of tape with some of the earliest ever recordings of bodhrán playing proved a challenge but was successful and became a memorable occasion.
In the same way that we still celebrate and play the music of the seventeenth century harpist and composter Turlough O’Carolan almost three hundred years after his death, so too will the music of Micheál Ó Súilleabháin be played and celebrated three hundred years from now.
If you need a minute to relax and step back from the hustle and bustle over the weekend of the Fleadh, have a listen on YouTube or Spotify to Ó Súilleabháin’s ‘Woodbrook’. Close your eyes and be transported to another world. To achieve that ability to transport the listener to another place is surely the greatest thing which any composer or musician can achieve.
Ar dheis Dé go raibh a h-anam dílis.