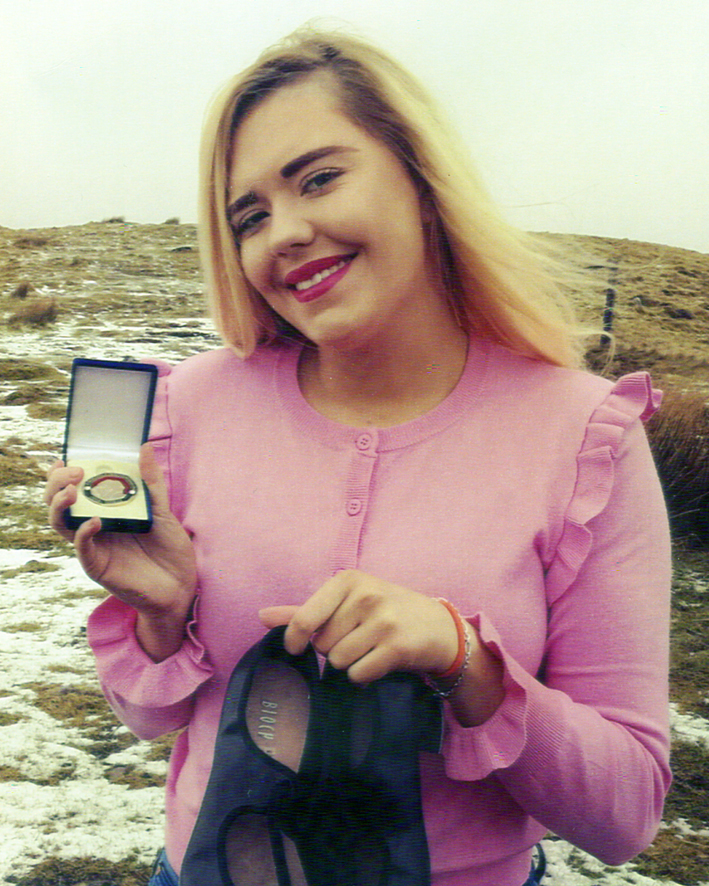 My name is Victoria Breathnach, I’m from the beautiful part of Chorcha Dhuibhne.  I started Irish dancing at 5 years old in Ballyferriter Primary School.

My first dance teacher was called Treasa Ní Shé.  She was an excellent dance teacher.  I won many competitions in primary school, I also started playing the tin whistle, banjo and singing.  Aine Ní Laoithe was my first singing teacher.  She always told me I had a good singing voice, and I won many local competitions.

At the age of 13, I went into Pobal Scoil Chorcha Dhuibhne, and that’s how my journey began with Sean-Nós dancing.  I saw a video one day of Sean-Nós dancing in my music class, and I fell in love with it straight away, so I wanted to find out more about it, and my luck changed.  There was a Sean- Nós work shop being held by Scoil Ceoil an Earraigh in Ballyferriter that weekend so I attended that work shop on the weekend it was on.  Roisín Ní Mhaínin was my first dance teacher ever to show me how to dance Sean-Nós.  I learned many types of steps from her, and I went to various competitions.

My first competition that I ever won was in the Fleadh Ceoil Chiarraí, which was held in Tralee, Co. Kerry.  Ever since then I have won 4 title’s under 19’s for Sean Nós, and I’m proud to say I won the Munsters last year over 18’s in Cork City.  One of the highlights in 2011 is when I went up to Dublin and competed in a show called ‘Jig gig’ which was broadcast on TG4 once a week.  I performed my Sean-Nós dance and got through to the next live show which was the semi-finals, and my family and teachers were very proud of me.

In 2014, I attended the Oireacthas in Killarney in the INEC, Killarney, Co. Kerry.  I was looking at many different dancers that day, including John Joyce who I looked up to mostly because of his unique Sean-Nós style from Galway.  The year after I went in for the competition and I made many friends from the Oirecthas and also the Lixnaw branch.  I would like to thank all the support I received from the branch down through the years, and special thanks to my Mom who has supported me and been there for me through thick and thin.

Finally this year I danced for the president Micheal D. Higgings, that attended Scoil Ceoil an Earraigh at this special concert in where I come from.