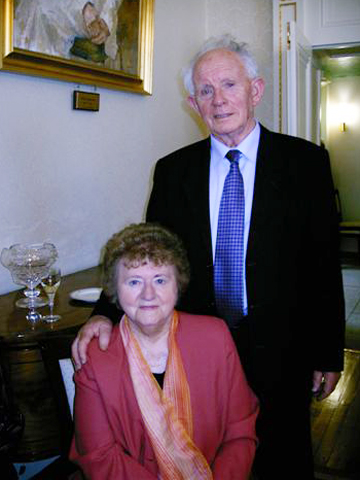 (Former County Board Secretary of Kerry Co. Board of Comhaltas)

As we prepare for Fleadh Cheoil Chiarraí, 2016 it is with great sadness that we learned of the death of former Kerry County Board Secretary, Treasa Feiriteur RIP on the 21st April, 2016.  Treasa was Co. Secretary from 1972 until 2006 having previously served as Assistant Co. Board Secretary. During the years 1985/1986, she took a break from Co. Secretary and served as Chairperson of the Co. Board.  She was also a delegate to the Munster Council for many years. Treasa worked extremely hard for Comhaltas during all her years.  She did not have the benefit of computers but worked on a manual typewriter with much of her work being done by hand.  She will be remembered for her beautiful handwriting.  Herself and her husband, Breanndán both came from Ballyferriter but lived for many years in Castlemaine where Breanndán was the Principal teacher.  They returned to Ballyferriter on retirement. She was a fluent Irish speaker and had a great interest in singing. Treasa could always be relied upon to source and supply the words to singers of any long lost song as Gaeilge. For many years, she adjudicated Irish singing.  Her tremendous contribution to Comhaltas will always be remembered.