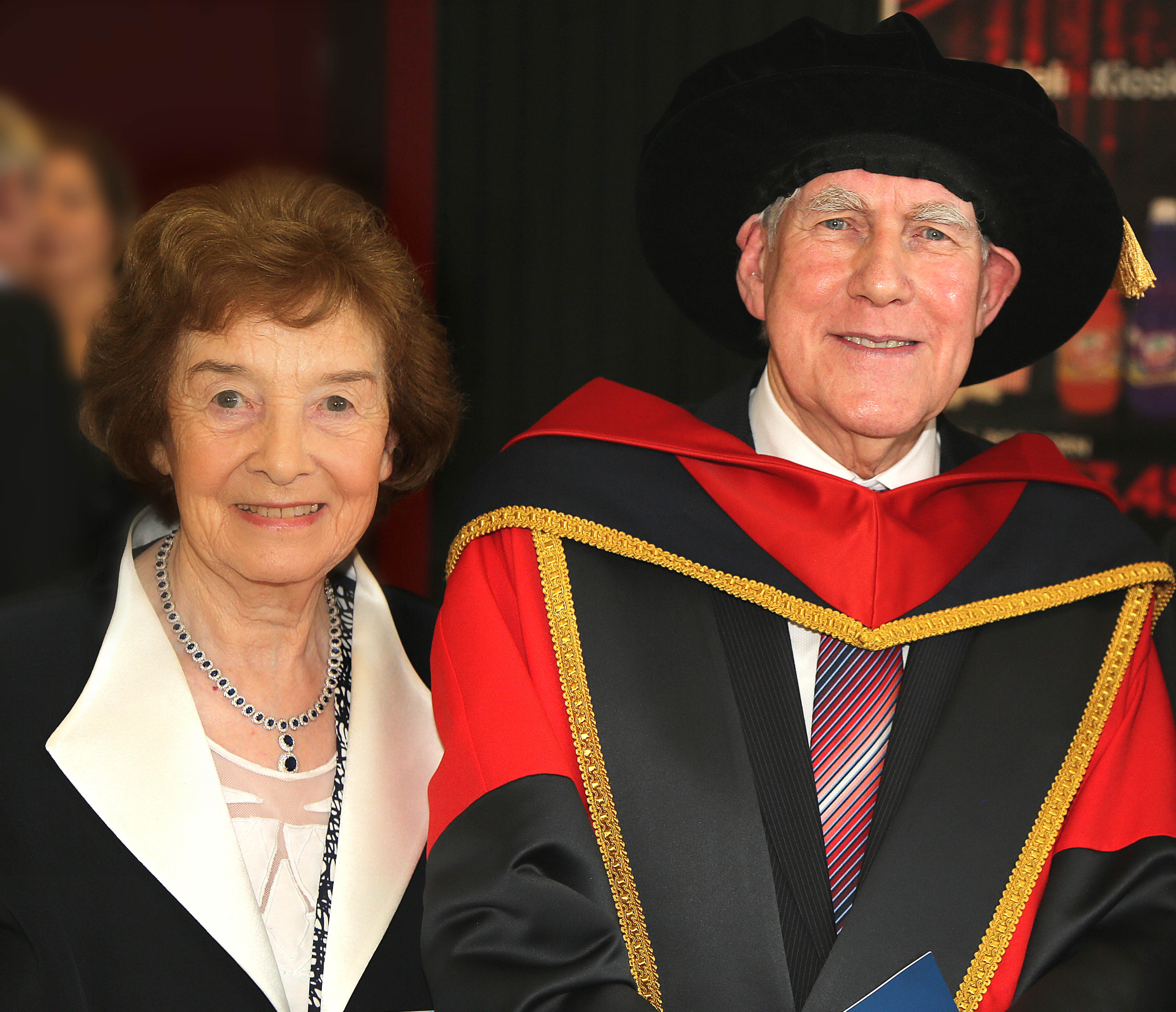 AN AWARD FOR SERVICE

The Ardstiúrthóir of Comhaltas Ceoltóirí Éireann Labhrás Ó Murchú has been conferred with an honorary degree of Doctor of Philosophy by Dublin City University. This is in recognition of his lifelong service and achievements in the promotion of Irish culture and the promotion of Ireland’s interests at home and abroad.

In addition to his role in Comhaltas, Labhrás is also Chairman of the Irish Family History Foundation and Chairman of Fondúireacht an Phiarsaigh. As a member of Seanad Éireann for 19 years, he was spokesperson for Arts, Heritage and Gaeltacht.

He has previously received the Dublin Civic Honour Award; Gradam an Phiarsaigh; Tipperary Person of the Year Award; and was the first person to receive a Civic Reception by Tipperary County Council.

At the recent Fleadh Cheoil na hÉireann in Ennis, which was attended by 450,000 people, he spoke of the spread of Comhaltas throughout the world. He paid tribute to all those who in more challenging times kept our cultural traditions alive for future generations.

Labhrás is married to Úna Ní Rónáin of Kilmaley, Co. Clare, who is director of the Brú Ború cultural centre at the foot of the Rock of Cashel.

Caption: Dr. Labhrás Ó Murchú with his wife Úna having been conferred with an Honarary Doctorate by DCU.