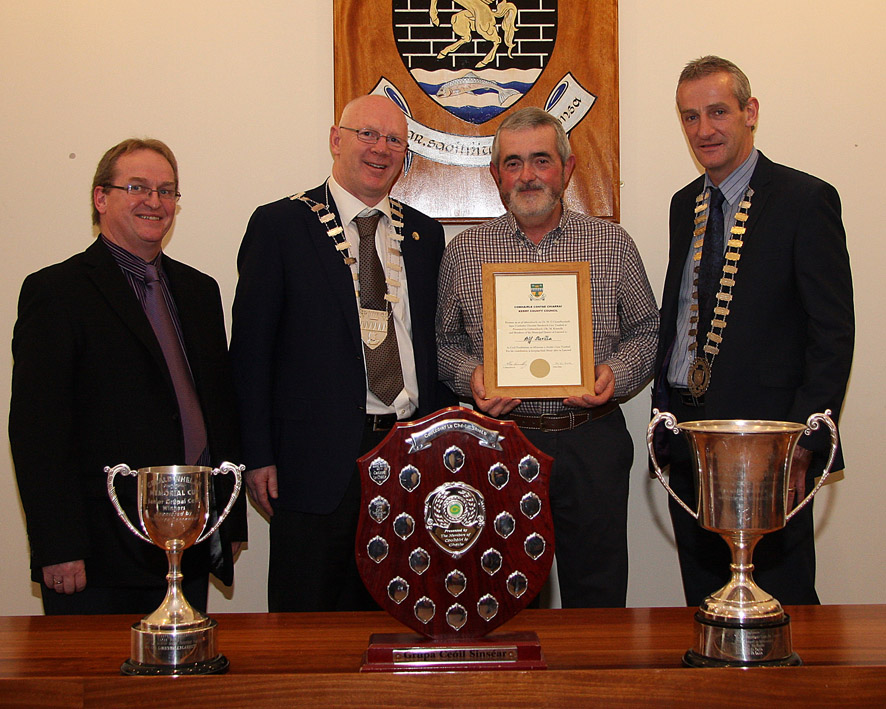 On 23rd May 2015 Listowel CCE and Comhaltas in general lost one of its best workers and supporters. Alf Neville RIP past Chairman of Listowel CCE was a tireless worker when it came supporting his son John and keeping the tradition of Bands in Listowel going. Year after year Alf would put tireless amount of work into making sure that there would be a band taking part from the area in the County Fleadh in Kerry and even though they had many successes in Kerry they never had any luck at Provincial level. At last year’s Munster Fleadh Cheoil 2014 held in Killarney, it was great to see Alf cheering on the Bedford Cross Ceili Band to take the Munster Crown. This gave him great joy and fulfilment, to see the many years of hard work come to fruition. Alf looked forward to all the Fleadhanna every year and one place you would always find him, is where there would be a session. He loved Music and he loved his family and he lived his music family. He was a father figure to these young people who looked up to him and had great respect for him. On 21st November 2014 a great honour was bestowed on Alf when he was awarded with a civic reception held in the Listowel Council Offices. District Chairman Michael Kennelly and Kerry County Council Chairman John Brassil as well as other dignitaries were in attendance for this lovely occasion. So humble was this man that he was stuck for words as he felt there were other more deserving of the award. Ar Dheis Dé go raibh an anam