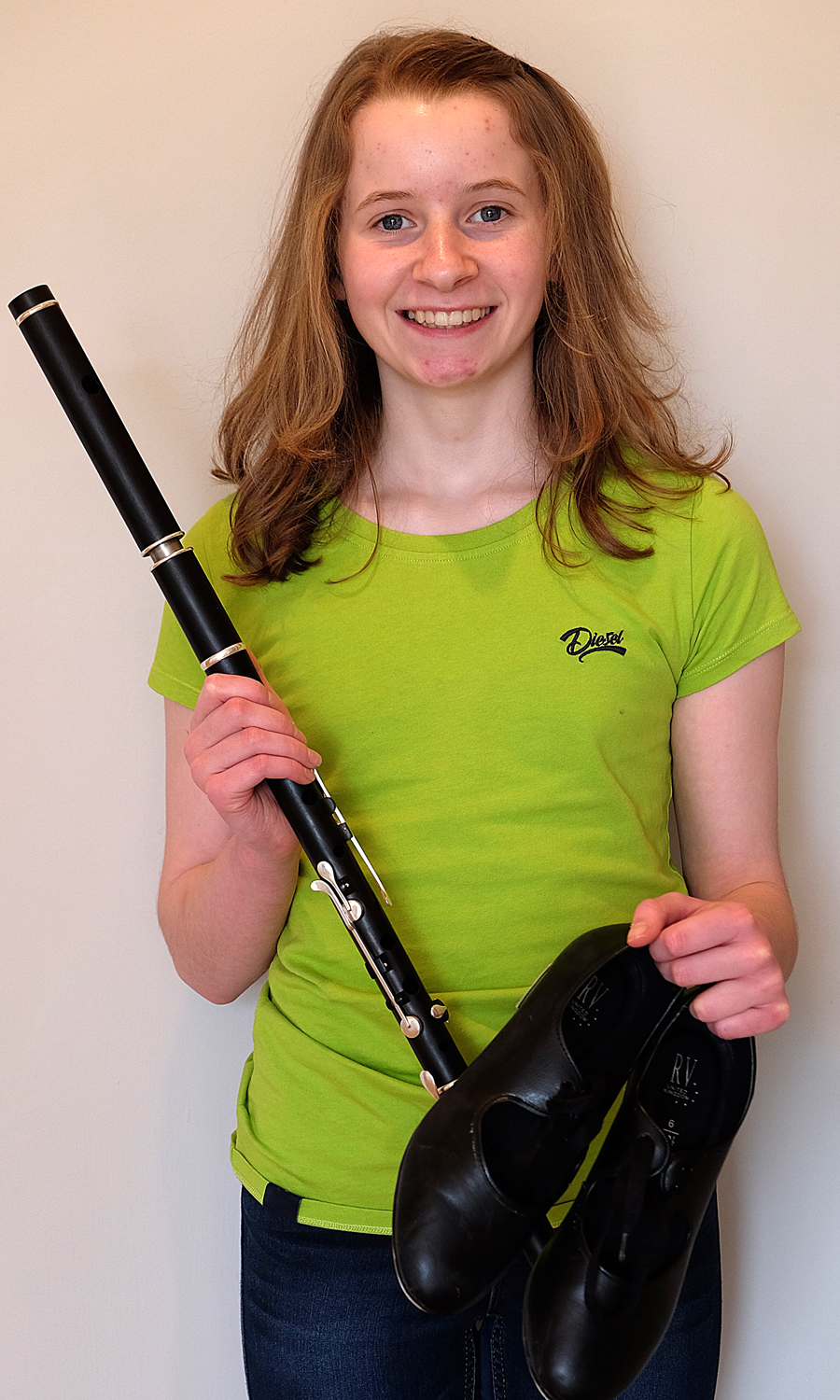 I first started playing Irish music in primary school. I attended Dromclough National School Listowel. The music teacher there at the time was the wonderful accordion player Willie Larkin. Everyone started with the tin whistle and then we could move onto another instrument if we wished. I always wanted to play the flute but Willie told me that my fingers would be too small to cover the holes of the flute and that I should take up the fiddle instead that it would suit me better, but I took up the flute anyway. I went on to prove Willie wrong two years later when I won my first All-Ireland medal on the flute. I have never seen anyone to be so happy to be proven wrong as Willie was when I told him the good news he was just thrilled for me.

I love taking part in competitions. There is great excitement in preparing for them and picking the right tunes to play. My music teachers help me with that. Some days I am very successful in the competitions and other days I don’t bring any medals home. It’s just like football or anything else you compete in you have to take the good days with the not so good.

Shortly after I took up the flute I joined Finuge Comhaltas, I then moved to Lixnaw CCÉ where I am now and I love it. I have made many good friends through Comhaltas. I also do Irish dancing. My favourite style at the moment is Sean nós. I learn that in Lixnaw as well.

When I was eleven years old my mom introduced my brother David who plays the banjo and I to the Willie Clancy Summer School. There we get the opportunity to learn some new tunes and different techniques from brilliant musicians.

I remember the first year we went my mom and dad took us down to Quilty to listen to a music session one evening. I didn’t bring my flute because I didn’t think that I would be good enough to play with such experienced musicians so I just listened and watched. I couldn’t resist moving my fingers to the notes of the tunes on the glass I was drinking out of, when a flute player from Quilty by the name of Patrick Wickham spotted me and asked me did I play music. Before I knew it he had given me his flute to play a tune and when he heard me play he told me to hold onto it for the rest of the session and he played the tin whistle himself. That night I got to play with some wonderful musicians including the great melodeon player Johnny Connolly from Connemara and the renowned whistle and flute player and piper Michael Falsey from Clare and that was when I fell in love with Irish music sessions.

I also attend many other music festivals and workshops such as Cruinniu na bhFliuit in Ballyvourney, The Gathering in Killarney, Chnoc na Gaoithe in Tulla and many more.

I think I bring my love of Irish music from my mom. While she doesn’t play an instrument herself, she absolutely loves it. I don’t think that I have ever heard anything other than trad CD’s played at home and in the car.

For the future I hope that my brother and I will continue playing Irish music. A wish come true for me one day would be to tour with the Comhaltas tour of Ireland but in the meantime I will keep trying my luck at the Fleadh and continue to enjoy Irish music.